Is the Covid vaccine a triumph of capitalism?

One of the many myths that have been spread by bourgeois media during this period is that the Covid-19 vaccine consists a “victory” or a “triumph” of capitalism. In fact, they are trying to convince us that the – without doubt significant – progress made by large biotechnology and pharmaceutical companies in the fight against Coronavirus is an achievement of the capitalist system.

This is simply not true.

First of all, the decades-long commercialization and privatization of health systems in the capitalist world led to the death of millions of people. The Covid-19 pandemic exposed the huge shortages of the health systems in all capitalist countries, as a result of the policies implemented by bourgeois governments. The pandemic showed how lethally dangerous is the policy that downgrades and destroys public healthcare for the sake of the big monopoly groups and their profitability.
Secondly, the Coronavirus vaccine, like every vaccine and medical invention, consists the outcome of thorough scientific research. This is a rather obvious statement but we need to underline it: The inventions are made by scientists in the laboratories – not by the big businessmen and CEOs of the pharmaceutical giants. The vaccines, the medicines, etc, which save the lives of millions of people are products of scientific research, they are the outcome of human labor.

Hundreds of thousands of scientists and researchers, who sell their labor to pharmaceutical monopolies, usually working under conditions of job insecurity and exhausting timetables, are the ones who fight on the forefront of scientific development.

In the framework of capitalism, scientific research in all sectors is actually entrapped in the vice of business competition. After all, the funding of research by the big monopoly groups and the bourgeois governments is determined by capitalist profit: Whatever does not bring profit is either rejected or underfunded, while millions of people across the world are dying due to the commercialization of healthcare and medication. In fact, the power of capital entraps the immense capabilities of scientific research impeding the development of science which, under other circumstances in a different socio-economic system, could certainly serve the increasing contemporary popular needs.

The rush of capitalist countries and large pharmaceutical monopolies to find the Coronavirus vaccine is not guided by any kind of humanitarian concerns. What they actually care about is to safeguard the reproduction of labor power (unhealthy workers are not suitable for maximum exploitation) and to maximize their profits from the distribution of the vaccines.

Those who glorify the capitalist system for the Covid-19 vaccine usually forget to address an especially important issue: Who pays for the long-term research that takes place by thousands of scientists on behalf of the big pharmaceuticals? The truth is that the pharmaceutical monopolies have relied heavily on public-sector funding; its the tax-paying working people who, through state funding, contributed significantly to the research that has been done. Let’s check out the governments’ Covid-funding of pharmaceutical industry in numbers: 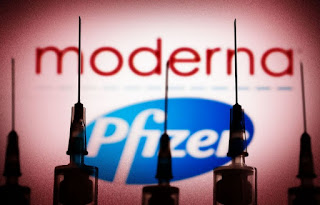 Being in a irreversible course of decay, monopoly capitalism serves only as an obstacle for scientific research and progress. The frame of the capitalist relations of productions has long ago ceased being a motive for scientific research for the benefit of the broadening social needs. On the contrary, the competition between the big monopoly groups and their constant hunt for profit is the basic obstacle for the multifaceted utilization of the scientific and technological capabilities for the benefit of the working masses.
The most significant “vaccine” is the one that will abolish the exploitation of man by man, send the capitalist system in the museum of history and liberate completely all the great capabilities of scientific knowledge. That vaccine will be the triumph of socialism-communism.

* Nikos Mottas is the Editor-in-Chief of In Defense of Communism.

Source: In Defense of Communism – Is the Covid vaccine a “triumph of capitalism”?