Government slammed for ‘shameful’ refusal to back UN prohibition on Nuclear Weapons treaty The threat of nuclear war, by design or accident, is an even more urgent threat to life on earth than the climate crisis. Communists campaign against NATO’s ‘first strike’—or ‘pre-emptive use’—policy and call for the abolition of nuclear weapons. On 22 January 2021, the UN’s “Treaty on the Prohibition of Nuclear Weapons”, or the Nuclear Weapon Ban Treaty, came into legal effect. It is the first legally binding international agreement to comprehensively prohibit nuclear weapons. Its ultimate goal is their total elimination. Below, Niall Christie, Scotland editor of the Morning star, reports on the UK’s failure to sign the treaty. POLITICIANS and campaigners slammed the “shameful” British government today after it refused to sign up to the United Nations (UN) treaty on the prohibition on Nuclear Weapons (TPNW). The Tory government failed to back the treaty, which came… 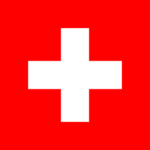