The workers’ fight against the Amazon autocracy

Amazon Inc. is at the core of the “other” autocracy threatening democracy in the U.S. and beyond. The first, of course, is the Trumpified Republican Party, supported by their followers and corporate backers, who are busily passing legislation at the state level to make voting harder or impossible, block women’s reproductive rights, stop teachers from teaching African American history or discussing LGBTQ issues, privatize education and other public goods, and enact other attacks on democracy.

The tech giants, however, are at the heart of the resurgence of “liberal” U.S. imperialism, meaning an aggressive contest for global supremacy for dominant U.S. capitalist interests. This campaign is chiefly directed against China, which has demonstrated that Marxists can manage an effective and fast-growing market sector of their economy. The anti-China economic war began under Trump but has been vigorously advanced by Biden and headlined by Jeff Bezos’ flagship newspaper, the Washington Post.

Liberal capital is supporting another economic war, this time against Russia for its invasion of Ukraine. Now there are two economic wars that have already reversed any wage gains from the pandemic recovery, and they now threaten a recession.

Almost the entire media universe fell in line with the cold war agitation against China and the sanctions against Russia. The messaging has been nearly universal, not just orchestrated, but comprehensive. This should not surprise us. The U.S. media is dominated by a dozen billionaires. And Amazon’s media, streaming, and cloud services, and its massive data and physical global infrastructure, add considerable weight to the U.S. media. Bezo’s trip to space was a survey of his property. 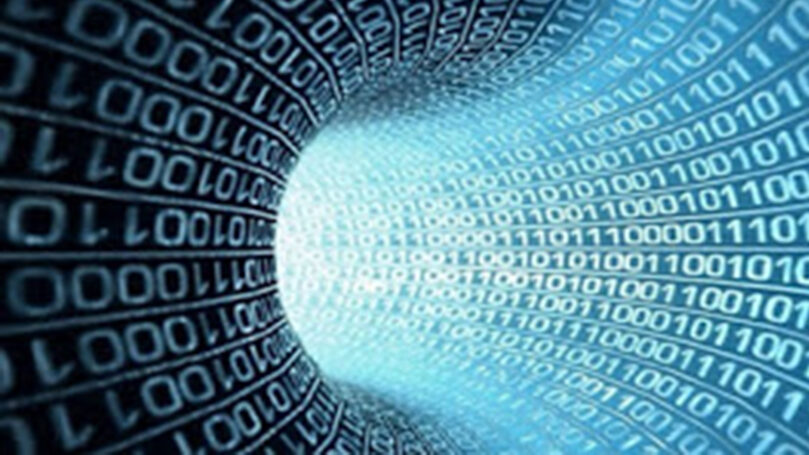 It’s not just about the media. The tech giants, and their well-compensated friends on Wall Street and in politics, are every year replacing large chunks of the real commercial world with virtual ones which they own. They have rich profiles, exceeding those of the IRS, on everyone who touches the virtual world. They combined their resources to help defeat Trump, who was dear to energy and real estate interests.

Build Back Better is now in the hands of Joe Manchin, and domestic policy making is taking a back seat to Biden’s “war against authoritarianism,” the leading slogan of his presidency. Amazon is fully mobilized in this “war,” that is, a “full speed ahead” pursuit of U.S. corporate global hegemony. Not peaceful coexistence, not working together to solve monumental problems like global climate change, but hegemony. Call it “anti-authoritarian hegemony” if you will.

What could possibly stop this emerging dictatorship of “anti-authoritarianism”?

“Without us, there is nothing.”

This succinct and eloquent statement of a Staten Island Amazon fulfillment center worker tells the rest of the story.

Amazon workers in Staten Island, NY, accomplished a historic comeback NLRB election with a convincing victory against a fierce and unrelenting campaign of intimidation. The workers countered this campaign with tactics that all union organizers would do well to employ: Talk to everyone; be personable; pay attention to family, racial, gender, ethnic, and age issues; instill disciplined leadership; and know the law but do not rely on lawyers.

Amazon employs a million workers, many of them working in over 200 U.S. fulfillment and delivery centers. Amazon is where the virtual world hits the real one with a gigantic boot print. The horrendous working conditions and barbaric abuses that were a major theme of Bernie Sanders’ presidential campaigns became national news during the pandemic. A Staten Island worker explained, “They gave us a raise, improved the benefits, but made the volatile shifts impossible to work.”

A second NLRB campaign at the Bessemer, Alabama, fulfillment center fell short, but not by much. And they have been strengthened by veterans of the Warrior coal strike by the United Mine Workers joining the workforce. Organized miners have maybe the strongest union spirit of any category of workers, in my experience. Their commitment to solidarity is humbling. Bessemer is not over. The class war is setting sparks. 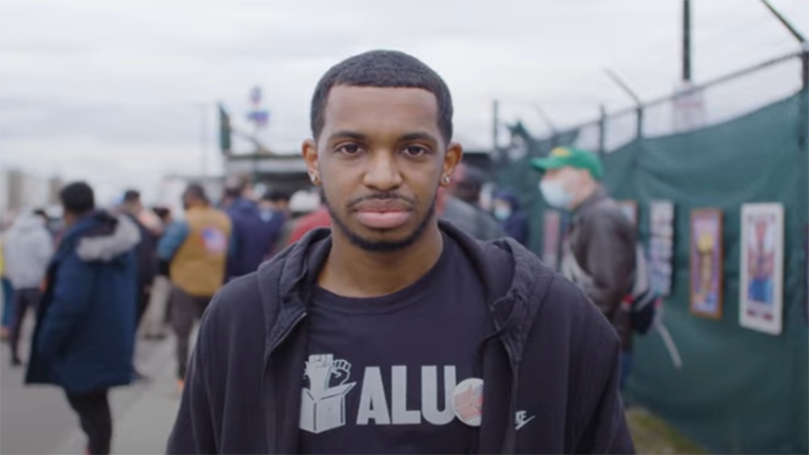 The Staten Island victory has some unique features. The workers insisted on an independent, Amazon employee–led strategy. They had good legal advice, raised money through crowdsourcing, and shunned direct affiliation with an established national or international union. This minimized the availability of staff to help with organization but immunized the effort from the “outsiders” label the union busters like to repeat endlessly. The leadership also benefited from serious study of labor history, especially the rank-and-file, often Communist-led tactics and efforts that led to the CIO victories in the late 1930s. Lastly, the campaign proved that a disciplined internal leadership can indeed obviate the lack of staff, at least during a campaign for recognition.

The Staten Island victory is a wake-up call for all of labor to unite in support of both recognition and good-faith bargaining for the entire Amazon workforce.

The Amazon workforce is the key potential force that can preserve both the innovation and massive public goods the Amazon enterprise has built, and is building, while helping block the Amazon Axis autocracy.

But they cannot do it alone. They will need allies. There are many potential allies because Amazon has many actual “constituencies,” in addition to its employees.

The 800 communities where Amazon’s fulfillment centers are located. The marginal incomes earned by thousands of Amazon employees contribute minimally to the communities’ economies. The giant footprint of Amazon’s warehouses and thousands of vehicles and trucks inflicts severe impacts on local infrastructure, the environment, schools, healthcare, security, and real estate. If the tax abatements agreed on between counties and Amazon fail to cover these costs, the net benefits will be negative.

Internet users, or just about every breathing human being. Amazon is the largest cloud service — most users do not benefit from a cold war on the Internet.

The creative community. Amazon is the largest publishing service. “Come writers and critics, across the land.”

A democratic society. The lack of personal privacy, and the vast political and market power of Amazon and other tech giants, are existential threats for nearly every government. Since the rise of artificial intelligence, the possession of rich user data and profiles on most of the population of the planet pretty much abolishes “privacy” in the past bourgeois sense. And all this data is obtained without warrants! The ability of the Amazon Axis to decisively manipulate formal democracy toward decidedly undemocratic ends is unparalleled. No one should actually own these profiles. Information is inherently a quasi public good. But in bourgeois society possession is nine-tenths of the law. So once-private information is effectively owned by Amazon & Friends. In a real democracy, only accountable governments can have such unfettered power. Otherwise the government becomes the puppet.

The cause of worker empowerment has been given a profound lift by the Staten Island and Bessemer, Alabama, Amazon workers. Their truth is marching on. Millions of workers are watching, especially frontline and emergency workers in the pandemic. An upheaval is coming.

A socialist restructuring mandates public supervision, including breakup or partial nationalization of too-big-to-fail enterprises, enterprises that provide important public goods and require serious public investment and infrastructure to sustain. No doubt the billionaire class will view that as revolutionary, and perhaps it is. But it is difficult to offer any other alternative to the emerging billionaire dictatorship.