What’s at stake in the settler colonial debate

The question has arisen: is the U.S. a settler colonial country? To begin with, the U.S. definitely was founded as a settler colonial state as well as a capitalist state. The most well-known of states in this classification besides the United States are New Zealand, Australia, and Canada. These present-day capitalist states all started as formations of settler colonialism, which was within the development of early-day imperialism. The age of imperialism is generally considered by some non-Marxist historians as beginning in the 15th century. Others advance a date of around 1760. However, I shall adhere to Lenin’s statement from his celebrated work, Imperialism, The Highest Stage of Capitalism: “Needless to say, of course, all boundaries in nature and in society are conventional and changeable, and it would be absurd to argue, for example, about the particular year or decade in which imperialism ‘definitely’ became established.”

It would also be “absurd” to argue as to the year or decade that capitalism was established. But the capitalism and imperialism that promoted and was responsible for settler colonialism within present-day U.S. borders did begin in the early 17th century. This of course was not monopoly capitalist imperialism but an early imperialism with many of the features of its early 20th-century counterpart.

Under the imperialist umbrella, what was settler colonialism? First, it was a form of imperialist development. It was the relocation of non-Indigenous people to new territory as permanent settlers. It was the invasion by foreign colonists of Indigenous land with the encroachment authorized by an imperial power and often sponsored by a corporate entity, such as were the Plymouth and Jamestown colonies. In a settler context the objective was commercial, with a search for land and resources to exploit for the benefit of the imperial and business entity. This was expressed by monopoly corporations in the late 19th and early 20th centuries when imperialism went into full operation. Imperialism from its incipient stage to its most developed was always in search of new markets.

Settler colonialism preceded the most developed stage of imperialism by over 150 years. Settler colonialism was brutal and barbaric and accompanied by unspeakable atrocities. In this process the Indigenous people were either exterminated or so decimated and isolated as to be reduced to a minority, and the invading settlers became the majority as happened in the U.S. Again, the land was the key resource in this settler colonialism.

By the early 20th century, settler colonialism had done its “dirty work” in the U.S. by nearly wiping out the Indigenous population. From a pre-contact population estimated at over 60 million the numbers of the Native people had been reduced to 237,196 by 1900. 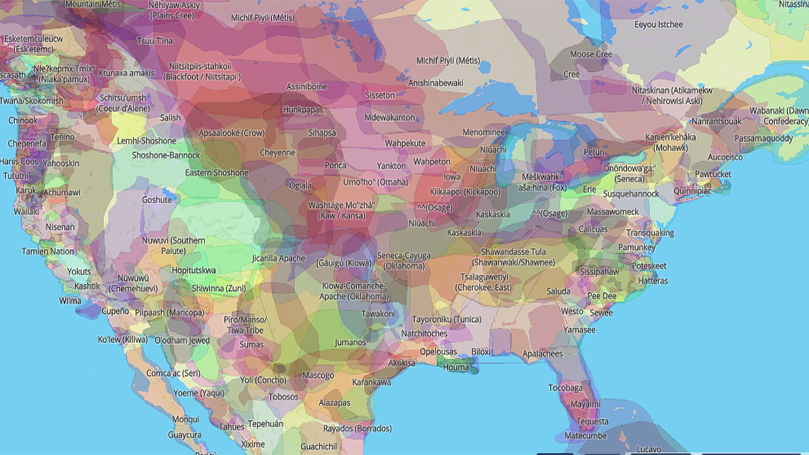 In his Imperialism, Lenin posited that the era of the most developed imperialism began in the early 20th century, with the combining of finance and industrial capital. This combination of capital resulted in the development of monopoly capitalism. Lenin maintained that this was the final stage of capitalism. Unfortunately, there is no telling how long this final stage will endure.

But before the rise of monopoly capitalist imperialism, settler colonialism was established in many areas of the world. A prime example was the Eastern seaboard of the present-day United States. European settlers had been invading this region for decades before the founding in 1776 of the U.S. as a capitalist state, which then embarked on a 100-year-plus campaign of genocide against the country’s Indigenous peoples.

Everywhere across the globe, settler colonialism from the 18th to the 20th centuries pushed Indigenous peoples to the edge of extinction and oftentimes over the edge. In Brazil settler colonization resulted in the genocide of millions of the Indigenous (this reportedly continues in the modern era in the Amazon region), in Newfoundland the Beothuk were no more by the 1820s, in Australia the Aborigines were hunted like wild game, in California genocidal massacres of tens of thousands of the Indigenous were settler organized and even state sponsored, and in Tasmania the Indigenous population was exterminated.

Settler colonialism is a formation of the past, although colonialism lives on. But its intergenerational legacy still resonates with exploitation and racism. This legacy is being combated in a myriad of struggles, all of which require the highest level of working-class unity for the ultimate and complete victory over these racist vestiges of the past that degrade and limit our future. The white component of the working class are no longer settlers, as settler colonial countries have developed into full-blown imperialist states which must see working-class unity for the transition to socialism.

The U.S. working class is very diverse, but a united proletariat of white and non-white workers is a necessary precondition for the overthrow of capitalism. This working class is the most multinational, multiracial strata of society and the most strategic layer capable of fostering revolutionary change. Also, this unity depends on substantial numbers of white workers joining in the struggle that will realize the transition to socialism.

In the book Settlers: The Mythology of the White Proletariat, J. Sakai states that “the white proletariat cannot be revolutionary because they are settlers.” This statement reveals the author’s bias against working-class unity and plays into the hands of the ruling class. White workers are obviously not settlers but a part of the working class and natural allies of the nationally and racially oppressed. To regard them as “settlers” would be a blow against the struggle for unity and would only prolong capitalism.

As for Deb Haaland, Secretary of the Interior, and Sharice Davids, U.S. Representative from Kansas, their involvement in the government should be celebrated because the more progressive Indigenous voices to be heard the better. But working for the government can result in being in an awkward position, as with Haaland’s supporting Biden’s decision to sell new oil and gas leases. Haaland’s predicament had already been foreseen by many in Indian Country who realized that she would be hamstrung on certain decisions. Unfortunately, if she wants to keep her Cabinet position, acquiescence to wrong decisions is required.

As for decolonization as advocated by Indigenous activists, this concept is a legitimate expression of the struggle for Indigenous liberation. Decolonization is represented by the LandBack movement of Native American people.

In reference to the overall Indigenous approach to the Biden administration, I would characterize it as one of employing mass pressure, taking into account Biden’s flip-flops (again referencing his about-face on gas and oil) and foreign policy initiatives (his inflaming the Ukrainian conflict by a massive influx of weaponry). Mass pressure on Biden is required to get the most done. A good example is the Leonard Peltier campaign. To get the most done for Peltier, a march is being organized for his freedom that will begin in Minneapolis on September 1 and culminate on November 22, in Washington, D.C. So far, the mass pressure approach must be brought to bear on Biden to get results.