Communists from Germany, Luxembourg and the Netherlands discussed current tasks

Together against the consequences of the crisis

Representatives of the German Communist Party (DKP), the Communist Party of Luxembourg (KPL) and the New Communist Party of the Netherlands (NCPN) discussed their assessment of the current phase of the crisis of capitalism and its consequences for the working class in their countries at a joint conference in Remich (Luxembourg) on June 11 and 12. They noted that the ruling circles are increasingly using the Corona pandemic and, in recent weeks, the war in Ukraine to accelerate the redistribution of social wealth from the bottom to the top. This policy has a strong negative impact on the social situation and the purchasing power of wage earners, youth and pensioners.

The representatives of the three parties provided information on the concrete developments of the crisis in their countries and how the European Union and national governments are shifting the burden of the crisis onto workers, as well as on the many forms of struggle of wage earners against these policies. They reject the use of the war in Ukraine as a pretext for massive price increases and for increased military spending. The DKP, the KPL and the NCPN advocate negotiations instead of arms deliveries to end the war in Ukraine. They agree that the struggle of the communists for the social and political rights of the workers and in equal measure against the war and NATO, for peace and disarmament must be strengthened. 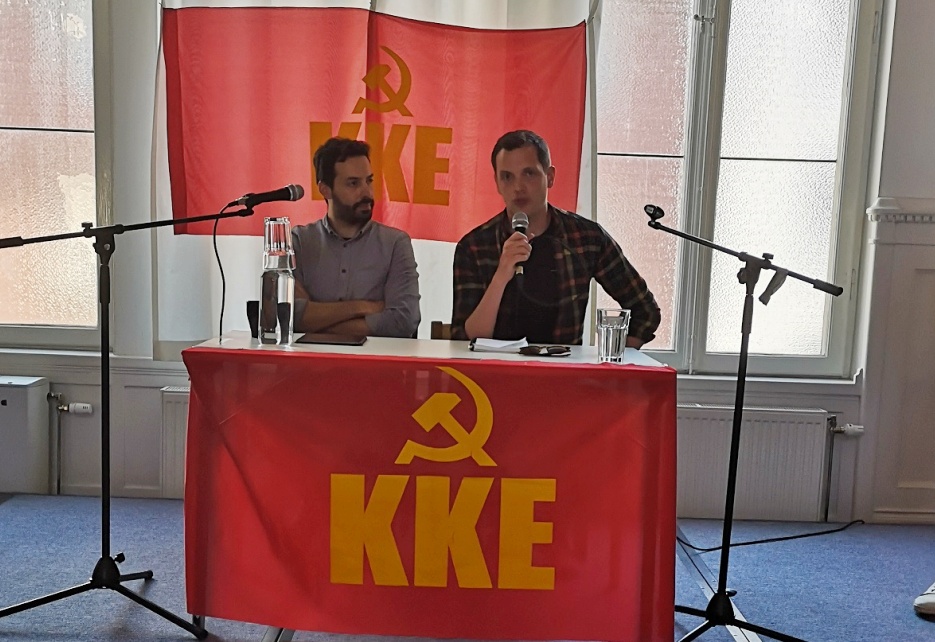 Next Article Anti-NATO event organized by the KKE in Stockholm