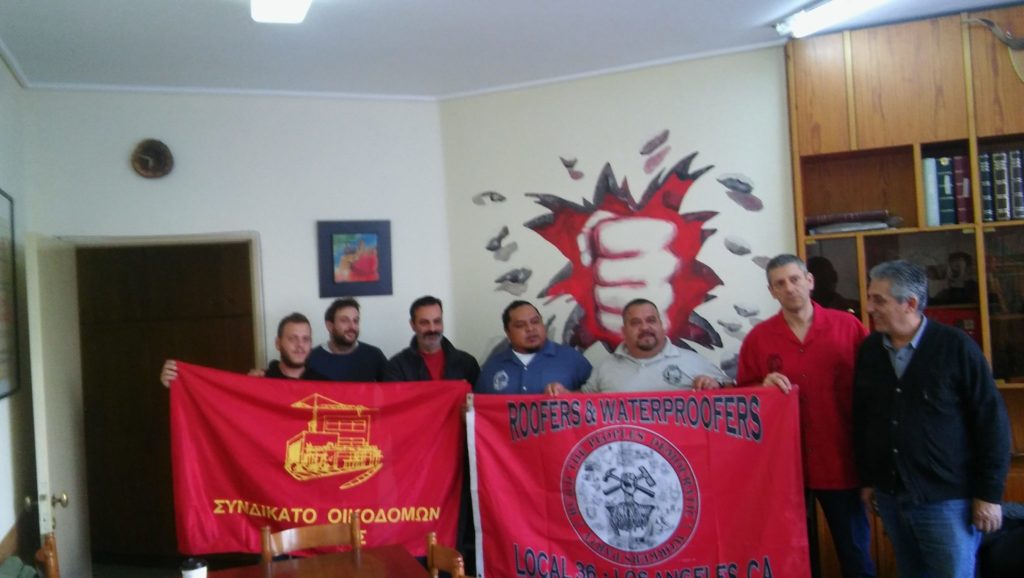 The Federation of Construction Workers and Allied Trades of Greece expresses the solidarity of the construction workers of Greece with the Roofers Local 36 of Los Angeles, USA and the union leader Cliff Smith who are being threatened and blackmailed for leading the struggles and mobilizations for the rights of the working class in their region.

Dear colleagues of the United Union of Roofers, Waterproofers and Allied Workers of the United States, we are surprised to learn that your Union is unacceptably attacking unionist Cliff Smith and his local, demanding that he stops his militant, action and initiatives for the rights of workers around the world, regardless of race, nationality, religion, color or gender.

In addition, we have been made aware of defamatory attacks and totally unfounded accusations against Cliff Smith personally, for using union funds, for his participation in international union and workers’ meetings such as the recent WFTU Congress in Italy. These attacks are a continuation of a series of obstacles and restrictions on his union activity.

Dear colleagues, our Federation, which represents thousands of workers in the construction sector in Greece, has a long history of struggles and action for the workers in our sector, but more generally for every issue concerning working-people’s families, the people of Greece, and in general.

We organize workers who work in the industry regardless of race, nationality, religion or political beliefs, color or gender. This unity has helped us and recently as a Federation we signed a sectoral collective agreement for our workers with increases of over 20%. In this struggle, the international solidarity that we received, the support from trade unions in the construction sector and from trade unions internationally was important to us.

For our part, we participate and are members of the WFTU and the International Trade Union Organisation of Construction Workers (UITBB) of the WFTU. Our membership in one organization did not raise the issue of a ban in the other. On the contrary, we participate with the positions and ideas of our Federation. We debate, confront, criticize and even disagree over our ideas and beliefs, as it happens in any trade union organization.

On that basis, we find the slander and smear against Roofers Local 36, and Cliff Smith’s union for allegedly funding the WFTU from Roofers Local 36, totally unacceptable and reprehensible. It is important to highlight that Cliff Smith attended the WFTU Congress in Rome paying for his tickets and expenses out of his own pocket. As did many other unions and trade unionists from around the world who are not career trade unionists, on hundreds of thousands of dollars in salaries or bought and paid for mechanisms in the service of the employers.

Militant workers met because they are concerned about the lives and situation of workers, discussed and decided democratically on a series of actions and initiatives. Similar actions are being taken every day by thousands of workers and trade unions around the world.

Dear colleagues, we are honored to know of the exemplary action of Roofers Local 36 and Cliff Smith’s union to organize our fellow workers, especially the migrant workers from Mexico who live and work in the area. We know that he selflessly fights and works every day to defend workers, the weak, and minorities. With his positions and his stance he fights racism, xenophobia and discriminations. He stands by his colleagues and his community. He stands with the women of the United States in this great battle for abortion rights.

Bans and barriers to a union and a unionist’s action are tactics that serve the employers, those in power, who want us weak, divided and afraid. It is the democratic right of every worker to act and struggle, it is the duty of every trade union to support every worker in their action and struggles, to help them in their organization, not to put obstacles in their way.

Threats, blackmail, ultimatums, obstacles to the democratic, collective processes of trade unions are dangerous, destructive and damaging to workers.

The Federation of Construction Workers and Allied Trades of Greece, expresses its solidarity with Cliff Smith, Roofers Local 36 and all its members and declares that it stands with them in the face of injustice and intimidation. 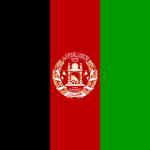