Strike Action of Hotel Workers in Athens and Corfu(VIDEOS-PHOTOS)

The strikes took place during tourist season when workers face exhausting and unending shifts, while Hotel owners reach record profits. Especially hotel workers, who suffered during the pandemic with layoffs and suspensions from work now have to work for more with less staff. At the time that their wages are frozen in the levels of 2007.

The Hotel workers’ Unions in Athens held a protest in front of ELECTRA Metropolis Hotel and then at the Ministry of Labor.

During the protest the workers announced the support and solidarity from workers from other countries, messages from EUROF of WFTU, Hotour TUI and the struggle of hotel workers from Golden Tulip in Marseilles France 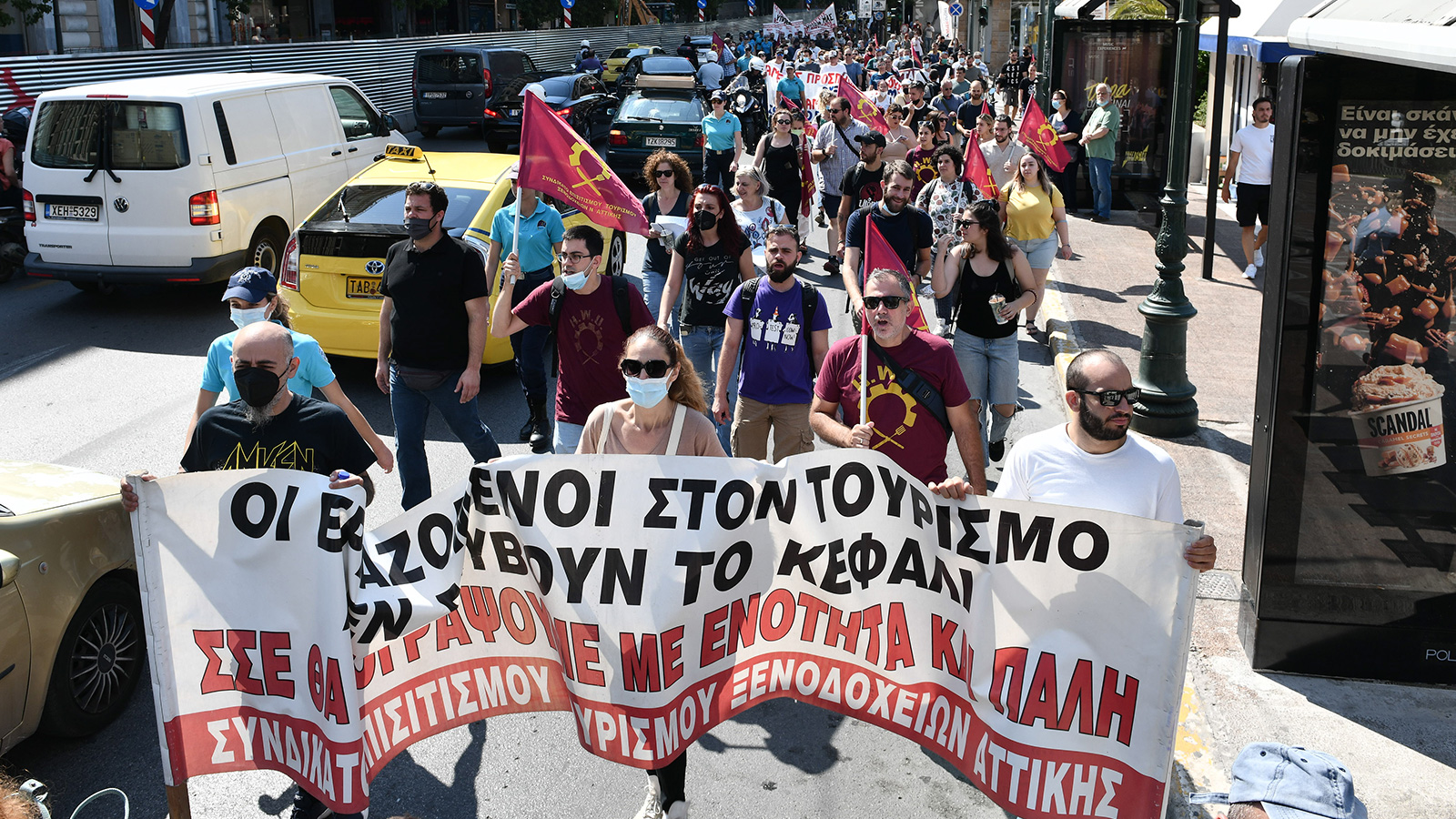 In Corfu massive participation in the strike took place at Hotels Labranda Sandy Beach Resort, Sandy Villas, Kairaba Mythos Palace Beach. Strong moments occurred when maids from the neighboring hotel “Sentido Apollo Palace” asked for the assistance of trade unions and strikers to support their own demands, and descended en masse at the hotel gate, where they joined the strikers