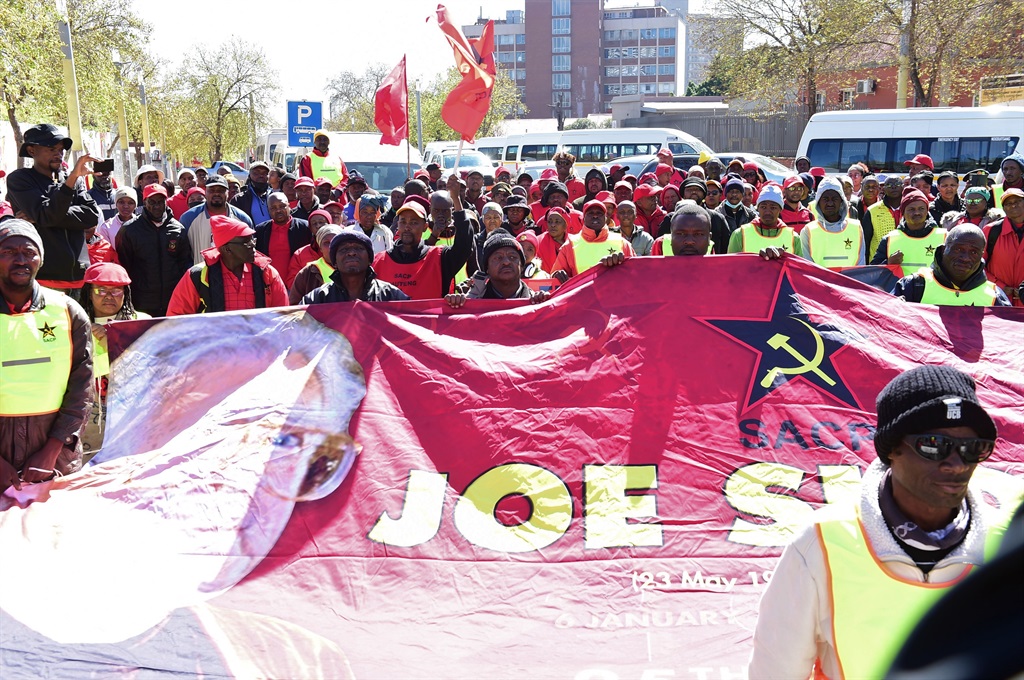 The members marched from Constitutional Hill in JoBurg to the City Hall before the Ruth First Memorial lecture.

SACP Gauteng secretary Jacob Mamabolo said on Wednesday, 17 August marked 40 years since Ruth First was assassinated by the apartheid regime using a parcel bomb in what her close friend, Ronald Segal, described as the final act of censorship.

He said the revolutionary journalist, author and academic Ruth First was in exile in Mozambique, when she received the parcel that stole her life in cold blood on 17 August, 1982.

Mamabolo said they saw it fitting to host a march against the scourge of GBV, which was some of the many things Ruth First fought for.

“Ruth First was a gender transformation activist rooted in the science of Marxism, with a clear grasp of the connection between the three contradictions of gender domination, racial oppression and class exploitation, which she dedicated her entire life to eliminate,” he said.

First deputy secretary of SACP in Gauteng Mpapa Kanyane said through the march, they were also waging war against GBV.

He said what is seen on national TV and in the newspapers about the plight was disturbing and they couldn’t keep quite.

“People need to know that GBV is not allowed and there will be hasher punishment to those found guilty of it.”

Kanyane said the lecture was meant to highlight the problem the women, children and the vulnerable are facing in South Africa.

He said this was the time to make a noise on GBV.

He said it needed to be in the spotlight, until people knew it was wrong and to speak against it.

“We need to popularise this because it has gotten out of hand,” he said.