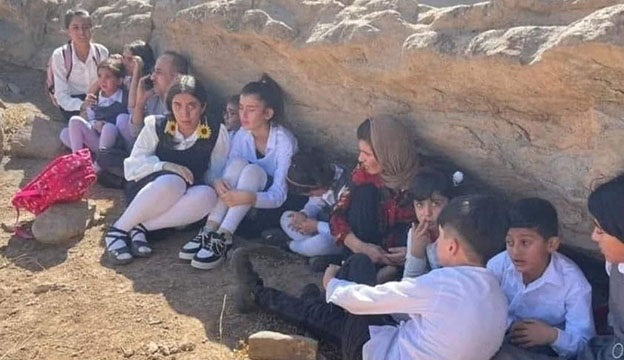 The Iraqi Communist Party has denounced the repeated armed attacks on Iraqi cities and towns in the Kurdistan region by Turkey and Iran.

Comrade Ali Sahib, member of the party’s Political Bureau, said in a statement he gave to the party’s daily newspaper “Tareeq Al-Shaab” (People’s Path) that the repeated attacks are based on false pretexts, and constitute a flagrant violation of Iraq’s sovereignty. He added that the Iranian attacks led to the martyrdom of citizens and the wounding of others, as well as terrorizing defenceless citizens, at a time when the Iraqi government is unable to take any action to stop these cowardly attacks.

Thirteen people were killed and 58 wounded in the Iranian bombing of the Kurdistan region on Wednesday. The attack also affected a number of schools for children and also civilians, injuring children and women, and caused heavy losses.

Sahib pointed out that “the continuation of the attacks on Iraqi territory aims to divert the attention of the public opinion from what is happening inside Iran, and constitutes an attempt to export its problems abroad.”

He added: “While condemning and denouncing the repeated Iranian and Turkish attacks, the last of which occurred on Wednesday morning, 28 September 2022, we stress that the Iraqi government’s duty is to preserve and defend the sovereignty of the country and ensure the safety of the people. It must take firm measures, and not only denounce and summon the ambassadors of Turkey and Iran and submit memoranda of protest.

He also called on the relevant authorities to put an end to the recurrence of these brutal attacks, to compel Turkey to withdraw its military bases from Iraqi territory, and to call on the international community to condemn the new blatant aggression.

In his statement, Comrade Ali Sahib extended the condolences of the Iraqi Communist Party to the families of the victims of the recent treacherous attack, and called on the Iraqi authorities to expedite the treatment of the wounded and take measures to compensate them and the families of the martyrs.