Notes on the historic challenge of the 2022 midterm election

The Trump forces have spent billions of corporate dollars to rob the people of their means to fight for their basic rights, including the right to vote. They are stepping up propaganda, gerrymandering, and the disenfranchisement of citizens. They are trying to eliminate any peaceful paths to real economic and social justice.

Through his actions and words, Trump proves every day that he is undeniably a committed fascist. The media is full of private discussions he has had with his top officials where he admits his admiration for Adolf Hitler. Who does that?! And who welcomes Nazis to their rallies, or permits them to make Nazi salutes at their meetings?

Trump has financed and legitimized political violence. He has destroyed the Republican Party by making it an openly fascist party, and has built his despicable movement by promoting vile racism, anti-Semitism, male supremacy, and hatred of LGBTQ people, immigrant, and foreigners. He has financed and promoted a most dangerous gang of right-wing thugs, who tried to steal an election and carry out a coup under his direction.

As we vote in these next few days, we must remember that voter suppression and red-baiting are designed to demoralize and splinter movements, to turn us against each other and a people’s agenda.

Most importantly, we must remember—and refuse to forget—that these efforts are unbelievably cruel, because they are targeted directly at the people whose very lives are at risk. They are targeted at victims of class exploitation, racial, gender, and sexual brutality. They are targeted at those trying to survive in the ghettos and barrios, the elderly, the children, the incarcerated, and the victims of poverty. They are targeted at many tens of millions in impoverished communities who are denied their right to clean air and water, free medical care, dignified affordable housing, and to a free, high-quality education.

It is a left agenda that supports these rights, making it the only agenda that the people will support. That is why the right and its media are flailing, and, like the old German Nazis and other fascist movements around the world, the far right and their media are using anti-communism to unite the center-right with themselves.

They are calling mainstream progressive initiatives communist, but these broad left policies are really just decent and moral policies.

Unfortunately, some people shrink in the face of being labeled communist or socialist, although the Party is aligned with those fighting for democracy. 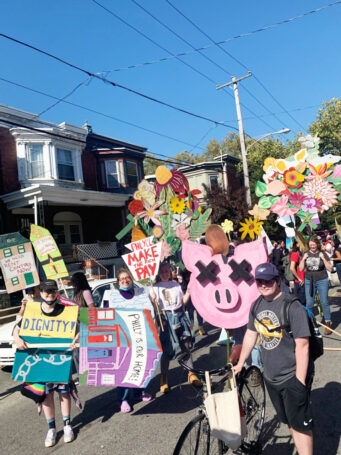 Anti-communism is a diversion that is ahistorical and an insult. It confuses the very nature of who we are. What have we been fighting for, for over 100 years? We stand against racism, wars of imperialism, anti-Semitism, male chauvinism, and poverty. We believe in medical care for everyone, free, high-quality education, and the role of government in protecting human rights and providing vital services.

Making the rich richer is an assault on the well-being and survival of working- and middle-class people. That’s not what we are after.

Step one is to defeat them at the polls.

We have had successes before, and we will have successes again. If we look south to Latin America and the Caribbean, there have been some very important victories against fascist advances of the extreme right. Popular movements, progressive parties, and youth and student groups have worked to restore democracy, despite great odds against them.

The tide is turning.

We hail the historic victory of Lula DaSilva, the heroic leader of the Workers Party of Brazil. Lula had been jailed for over 500 days on trumped-up charges. He was replaced by Bolsonaro, an extreme right-winger who swiftly imposed fascist policies that claimed the lives of thousands. Yet, after years of campaigning for “Lula Livre,” Lula was released from jail by the courts, and despite aggressive media misinformation campaigns, just days ago he secured another election victory. A record number of voters came to the polls, and Lula emerged victorious, despite massive efforts to steal votes by the opposition. 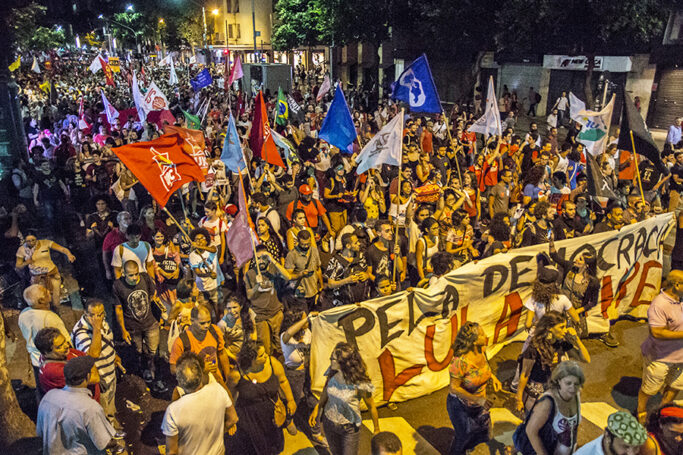 In Bolivia, the people voted out a U.S.-backed coup regime reigniting the Movimiento al Socialismo. In Honduras, the people elected the first woman president, the wife of a former president who had been ousted in a U.S.-backed coup. In Colombia, Gustavo Petro, a former left-wing guerilla fighter, and Francia Márquez—a black woman, human-rights defender, and environmental activist—were elected President and Vice President, respectively.

The tide can turn here in the U.S., too.

While a lot of the early polls reported more people supporting Republican issues over Democratic issues, and therefore a likely win for the GOP in many cases, other factors cast doubt on their reliability. Results from early voters showed Democratic supporters outnumbering the Republicans. Then it was widely reported in the media that most of the early polls were coming from Republican pollsters! Their aim might have been to rev up the right and demoralize the democratic forces.

This battle can be won!

Our Party has a big role play now, as it has in the past. We are the party that fought against white supremacist terror during the “Red Summer of 1919,” and against the framing of Sacco and Vanzetti in the 1920s. 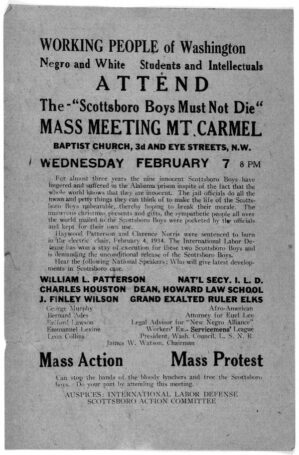 We are the party that fought to free the Scottsboro nine, and that fought for justice for Emmett Till.

We are the party that led the organization of millions of industrial workers into the CIO.

We are the party that fought for the defense of Ethel and Julius Rosenberg.

It is our solemn duty to do all we can to defeat the Republicans at the polls on November 8th and in 2024. Donald Trump and his violent, criminal movement must be defeated, and fully prosecuted for their crimes.

Next Article Twitter And Monopoly Control Of Social Media.