The fascist attack on Dawabsheh Family: A byproduct of the occupation and the racist incitement by Israeli government

A delegation of the Communist Party of Israel (CPI) and the Democratic Front for Peace and Equality (HADASH) visited the occupied village of Douma near Nablus, where the whole Dawabsheh family was burned alive (two of whom already died – 18-month-old Ali Saad and his father Saad) by Jewish fascist terrorists.

The speakers at the event (Palestinian residents of the Occupied Territories as well as Palestinian and Jewish citizens of Israel proper)  spoke loudly and clearly against the criminal policies and deeds of the settlers and the occupation forces, and emphasized the central and direct role of Netanyahu’s government in all those crimes. It was also stressed that alongside the just struggle of the Palestinian people in the occupied territories against the occupation and its inherent criminalities, CPI and HADASH will pursue their own ongoing battle within the Israeli society (in the Knesset, the Conscientious Objectors movements etc.) against the occupation, for the establishment of an independent Palestinian state in the West Bank and Gaza Strip with East Jerusalem as its capital (hence, the total withdrawal of Israel to the borders of June 4 1967), and for full and true democracy of the state of Israel itself, i.e., the realization of full equality to all citizens and nationalities within that state. 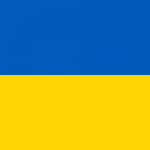 Next Article Neonazis wollen am Sonntag in Dortmund auflaufen