Emmett Till Antilynching Act is important, but just a start

“Lynching is now a federal hate crime after a century of blocked efforts,” NPR’s Eric McDaniel and Elena Moore reported on March 29, continuing:

After multiple failed attempts across twelve decades, there is now a federal law that designates lynching as a hate crime. In a Tuesday ceremony at the White House, President Biden signed the Emmett Till Antilynching Act into law.

“Racial hate isn’t an old problem. It’s a persistent problem,” Biden said. “Hate never goes away, it only hides under the rocks. If it gets a little bit of oxygen, it comes roaring back out, screaming. What stops it? All of us.”

The Emmett Till Antilynching Act, H.R.55, was signed into law on March 29. Rev. Dr. William J. Barber attended the signing and spoke with Biden. He tweeted: “I renewed our call for a meeting at the White House with poor and low-wealth people, religious leaders, and the @POTUS. After a brief chat with him and the @VP, I believe it will happen.”

Making lynching a federal crime is important and useful. Today, acts of lynching are becoming more common. A federal law enables a federal trial, especially important when racists are in power at the state level and justice is left in a dusty corner of a state prosecutor’s office.

However, as Rev. Dr. Barber’s comment indicates, the needs of “poor and low-wealth people,” working people, people of color, women, immigrants, and the LGBTQ+ community are yet to be addressed. 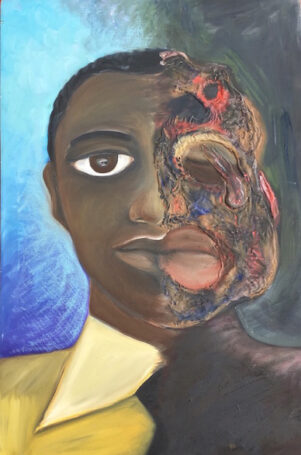 “The measure is named for Emmett Till, a 14-year-old boy who was abducted, tortured, and killed in 1955 after the Black teenager was accused of whistling at and grabbing Carolyn Bryant, a white woman, while visiting relatives in Mississippi. Roy Bryant, Carolyn Bryant’s husband, and J.W. Milam, Roy Bryant’s half brother, were tried for Emmett’s murder and were quickly acquitted by an all-white jury.

The men later admitted in a magazine interview to murdering Emmett. Carolyn Bryant told an historian 50 years after the crime that Emmett had never put his hands on her.”

It’s been a long journey from 1955 to today’s recognition of the injustice of Emmett Till’s death. The first anti-lynching legislation was introduced in 1900 by Rep. George Henry White of N. Carolina, then the body’s only Black lawmaker. That bill did not advance out of committee.

As Biden mentioned, “The law is not just about the past. It’s about the present and our future, as well.”

The Antilynching Act does not mention police murders of Black folks sleeping in their beds in their own apartments. No mention of police lynching, legal lynching, at all. Newsweek reports over 200 lynchings by the police in 2021, including the murder of Daunte Wright.

As Biden said, this act is about our present. Lynchings by civilians are also rising. McDaniel and Moore report on a recent case:

In February, three white men were convicted of violating Ahmaud Arbery’s civil rights in 2020 when they chased him down with a pickup truck on a residential street outside Brunswick, Ga., and murdered him.

[U.S. Congressman Bobby] Rush said the Arbery case would have been a textbook lynching under the new law.

African Americans’ struggle against lynching has been consistent and determined. In the 1930s the Communist Party inspired the creation of the International Labor Defense (ILD), which took on the defense of, among others, the Scottsboro Nine, African American youth accused of raping two white women. Such an organization is needed again today as bail laws become more onerous and the Supreme Court leans significantly  toward the extreme right. 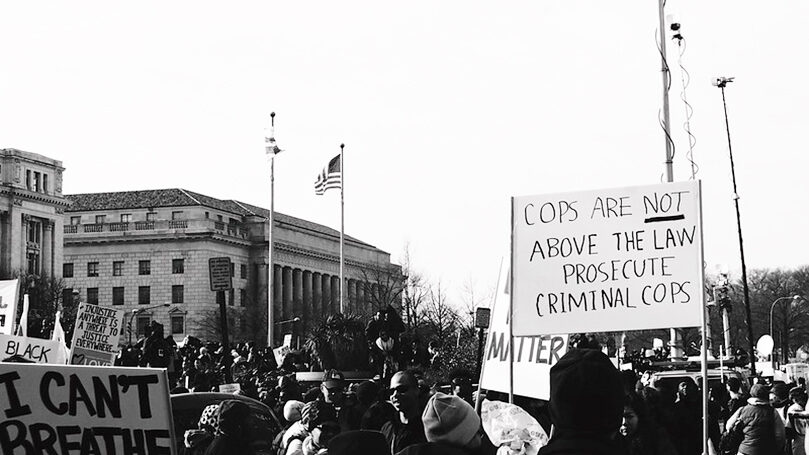 While we welcome the Antilynching Act, it is important to build on that victory. We call on all working and oppressed people, and women and the LGBTQ+ community, to passionately respond to Rev. Dr. Barber’s call and participate in the June 18, 2022, Mass Poor People’s and Low-Wage Workers Assembly and Moral March on Washington. Contact local organizers here.

Many African Americans mourn their children, sisters and brothers, and elders, those who have died at the hands of people encouraged or protected by systemic racism. The struggle to end racist and sexist violence continues fiercely. A huge, multi-racial, multi-gender, and multi-ethnic turnout at the June 18 march will send the message that it is time to go beyond a federal law against lynching, one of the most heinous of vicious individual crimes, and deal with the consistent, social violence of systemic racism and militarism, including moving funds from the police and military budget to meet human needs. The basic needs of all workers must be met in this, the richest nation on earth.

In the end, those in power are moved to action by the demands of millions of organized people speaking in one united voice. It will take the unity of Black and white workers, women and men, LGBTQ+ people, and anyone one else who wants to throw their energy into demanding an end to racist violence and a society that meets the needs of the mass of its peoples. Systemic racism is baked into the sinews of capitalism and can be excised from our class’s life only by expanding worker power and winning socialism globally.

Freedom is a constant struggle! Workers of the world, unite! La lucha continua!