Macron took 58.5% of Sunday’s vote, making him the first French leader to be reelected in 20 years. He and Le Pen advanced to the runoff after finishing in first and second place, respectively, among 12 candidates who ran in the first round on April 10.

Commenting on the outcome of the election and the victory of Emmanuel Macron, the Press Office of the CC of the Communist Party of Greece (KKE) points out:

“The invocation to “democracy” will be the alibi of the Macron government to continue the attack on the rights of the French people, thus throwing more “grist to the mill” of the reaction and the far-right. That is why, in France, Greece and every other country, it is urgent to intensify the struggle against capitalist barbarism and each governmental administrator of it.

This is the only way to overthrow the anti-popular policies and to actually defeat the reactionary political forces. On the contrary, tolerating and supporting this barbarism in the name of the “lesser evil” is the path that demonstrably leads the people from bad to worse.”

Previous Article Sofia Manzano: “Communism is the most generous proposal humanity has ever produced” 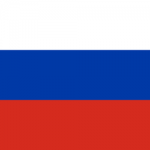