A mass rally was held on Sunday 22/5/2022 at the Ministry of National Defence of Greece, the finishing line of the 40th Marathon Peace March, which had started at 8 am from the Marathon Tomb, conveying the message of opposition to the imperialist war, Greece’s involvement in it, and the country’s entanglement in the dangerous plans of NATO.

The march was organized by the Greek Committee for International Détente and Peace (EEDYE), which on the same day organized other mass anti-imperialist demonstrations in Thessaloniki as well as in cities in the Peloponnese, Thessaly, Epirus, Macedonia, and Thrace.

Many demonstrations ended outside the military camps and US-NATO bases, thus underlining the people’s message that the military bases should close, that the country must have no involvement in NATO’s war, that we refuse to choose a camp between thieves.

The GS of the CC of the KKE, Dimitris Koutsoumbas, attended the mass rally at the Ministry of National Defence and made the following statement to the media outlets: “Greece’s growing alignment with the US-NATO plans, under the responsibility of the government and the other parties, is leading our people to further energy poverty, high prices, and a food crisis. It is leading to a deeper entanglement in the imperialist war and, of course, increase the risks to the country’s sovereign rights. Their notorious ‘western values’ are completely rotten. The only solution, the only way out, the only hope lies in the coordinated struggle of the peoples.” 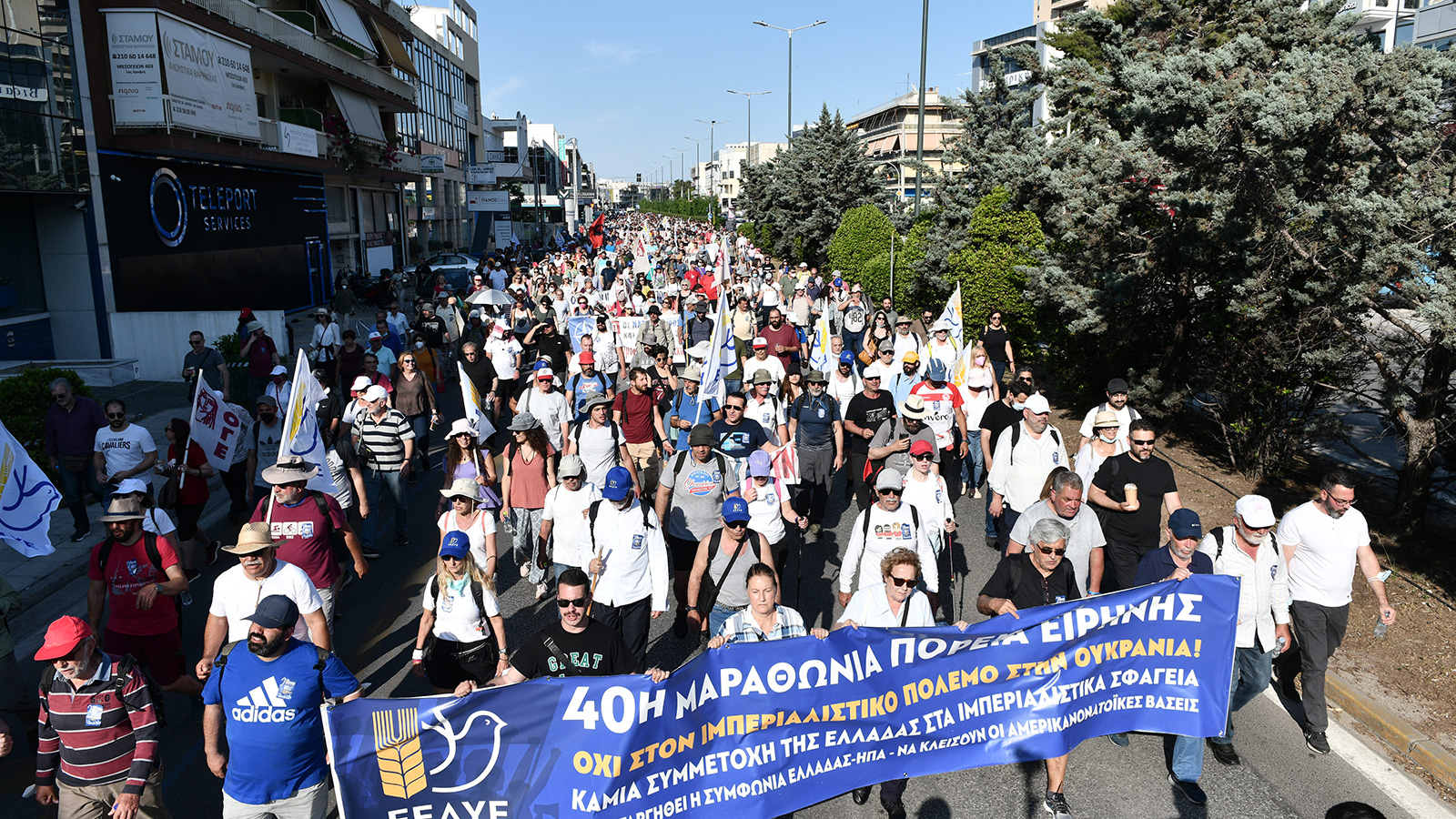