On the occasion of the new Directive on the minimum wage, which was reached by the Presidency of the Council and the European Parliament, the GSEE (Member of the ETUC in Greece) which has been missing for years, reappeared to say:

“Justification of the long-standing struggles of the European and Greek unions for a dignified life and social justice … for the formation of adequate minimum wages and at the same time the strengthening of collective bargaining and the protection of workers in all EU member states … “Promoting employers’ compliance with minimum wage legislation, and reducing informal forms of work.”

The European Union and governments are promoting a series of anti-workers’ policies, are cutting wages, they destroy our right to steady-jobs, abolishing any health and safety measures for workers, they are crushing especially the rights of young workers for the profits of business groups and the GSEE and the ETUC want to present the EU Imperialists as “pro-workers” organizations!

The EU hypocritically declares that it is freeing collective bargaining, while in practice, in order to ensure the profitability of business groups, they are putting new obstacles to workers’ struggles, as they put a limit on any wage increases. With the slogan of an “adequate wage”, the EU, Governments and Business Groups are pushing down workers’ wages. They want to impose the unacceptable abolition of Collective Bargaining in 21 of the 27 EU Member States, while in at least 14 EU Member States more than 50% of workers – based on EU’s own data – work without collective agreement.

The flexible forms of employment, the contractors, modern slave traders of outsourcing, the “special economic zones”, the brutal exploitation of the young workers-apprentices was promoted by the EU European Trade Union Confederation co-signed them. In Greece, GSEE co-signed 25% wage cuts “to defend” the workers! And today they want to present the EU, the slaughterers of wages and workers’ rights, as saviors.

They see anger and resentment. They see workers’ struggles, strikes, mobilizations multiplying throughout Europe. Against the laws and their prohibitions, sparks scattered everywhere ready to be set on fire. Struggles and mobilizations that can create obstacles and overthrow the system and policies of inflation, impoverishment, unemployment and exploitation.

They run to protect the system that feeds them their big salaries, to spread the fairytales of “social dialogues”. At a time when the workers are paying the consequences of another imperialist war and are being squashed for the inconceivable profitability of a handful of monopolies.

Workers and workers’ unions across Europe are mobilizing for wage increases. Against Governments and big multinationals workers achieve victories and sign Collective Contracts with significant increases. In Greece, the Federation of Construction Workers achieved an increase of over 20%, the workers of COSCO after many month struggle achieved a significant victory against the multinational, while a number of other sectors go on strike the next period in Tourism, Food, Pharmaceutical industries, etc. claiming Collective Contracts with wage increases and better working conditions. Similar struggles take place in France, Spain, England inside and outside the EU.

Governments and the EU want to ensure the profitability of Business Groups. Profits that come from the exploitation of the workers, from the theft of the wealth produced by the working class. The so-called “social peace”, “class collaboration”, and “social dialogues” have been tried in the past with the working class paying a heavy price.

For the trade unions, the first line of duty is to strengthen the struggle in every workplace for Collective Contracts with salary increases and better working conditions. No illusions about the role of the EU and the various “saviors” who want workers to be inactive. Only the massive, organized struggle of the workers will enforce our rights.

Previous Article Call of PAME: The NAZI Criminals in Jail! 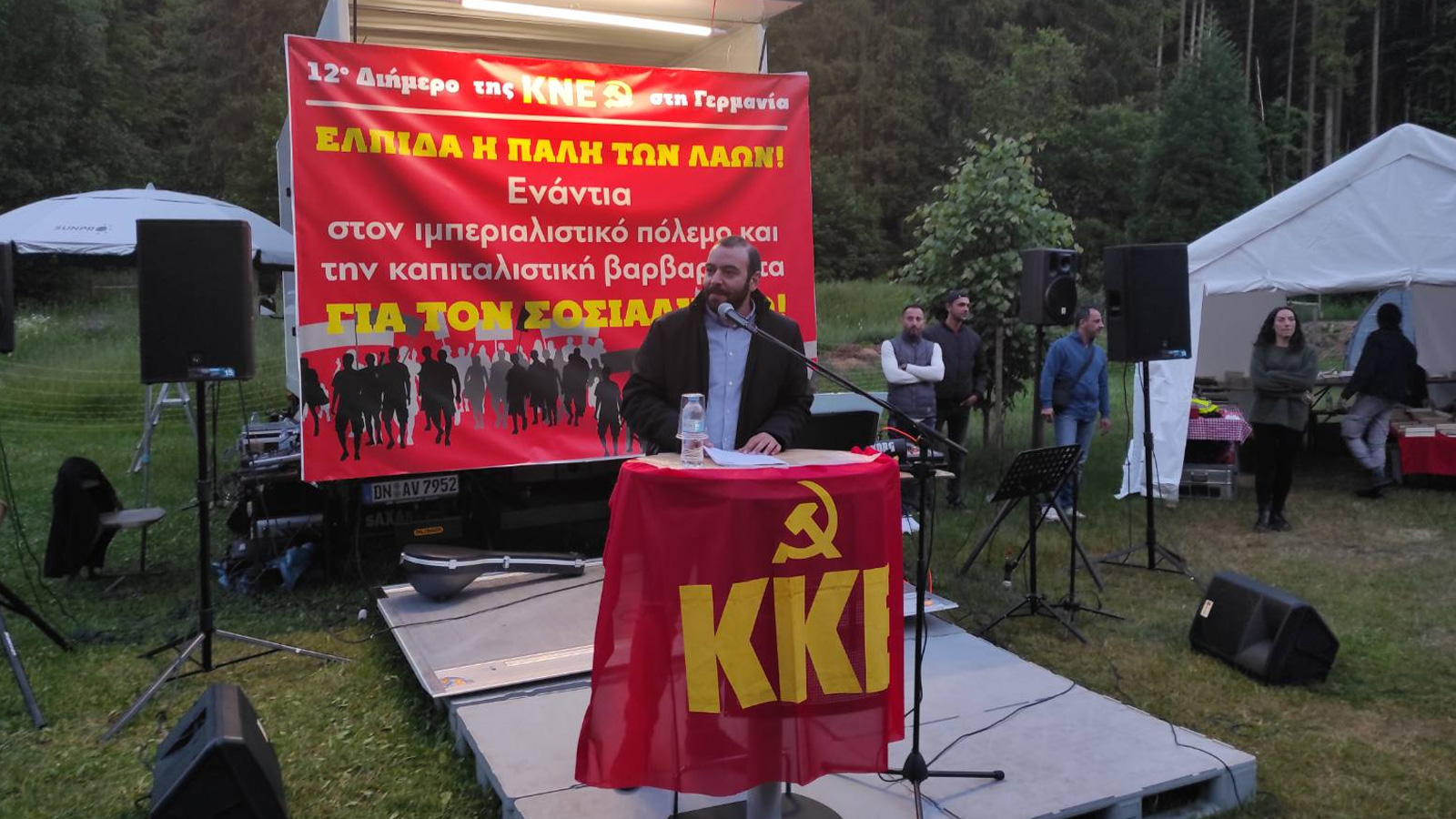