On behalf of the Secretariat of the Trades Union International of Workers of the Building, Wood and Building Materials Industries (UITBB – www.uitbb.org), an international trade union in the construction sector with over 10 million members around the world, I am contacting you today for a very serious issue in Peru, on behalf of our member-organisation, FTCCP (Federacion De Trabajadores en Construccion Civil del Peru).

The issue is the rise of violence in construction sites in the country. As you undoubtedly know, the problem started around 2004 with the construction ‘boom’ in Peru, thanks to the automatic obtaining of authorisations from the Labour Ministry (MTPE) for criminal organisations to act under the façade of a “trade union” and grew due to a lack of political will to fight against this phenomenon. Although administrative measures were adopted, such as the creation of the National Register of Civil Construction Workers (RETCC), they were insufficient to deal with the problem.

The result was for criminals, a lot of them ex-prisoners, to pass as ‘trade unionists’, causing a surge in violence on construction sites, the extortion of businesspeople, threats against legal trade unions such as the FTCCP and, unfortunately, the killing of FTCCP trade union officials and leaders, mainly in the north of the country and in Callao. Since 2011, 20 officials have been killed (see attached file).

Our member-organisation, FTCCP, has been fighting against this phenomenon, but we are asking for your help to put an end to such practices. What is more, UITBB is contacting all international labour organisations such as the International Labour Organisation (ILO), the Inter-American Court of Human Rights and elsewhere, asking its members around the world to do the same, so that pressure can be exercised towards the end of such brutal actions against trade unionists.

We take this issue very seriously, as we consider it another chapter in our class fight against the reactionary forces who oppose democratisation, against corruption and against everything that worsens the lives and working conditions of the workers.

– A banning of the registration of such pseudo-trade unions which do not comply with the law requirements (Law on Collective Labour Relations), in accordance with the provisions of the Eleventh Complementary Provision of Legislative Decree 1187.

– A swift investigation of all the killings of trade union officials and trials for those responsible.

– Protection of all legal trade union activities in the future. 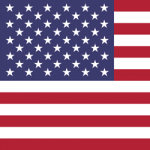 Next Article FIR: Lidice will remain a memorial forever! 80 years ago, Wehrmacht, police units and SS, destroyed the place