The Iraqi Communist Party: Together with the People, Forward Toward Comprehensive Change 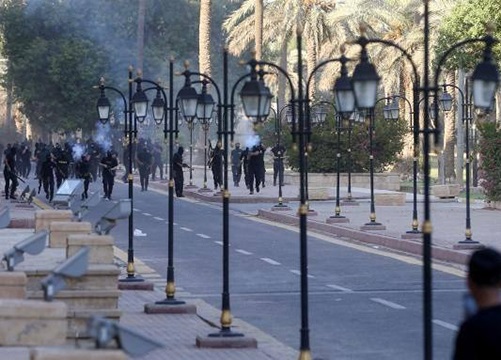 The situation in our country has taken a new and dangerous turn, as previously warned against, with the continuation of the state of intransigence and clinging to positions and insistence on the same abhorrent ethno-sectarian power-sharing system that led to the deteriorating state of our country and our people.

The repercussions and open possibilities that things have reached could have been avoided if the will of the majority of Iraqis and their declared demands had been met.

We stress on the following:

In this context, we emphasize:

Our party renews its support for our people, and its participation with them in their struggle and joint action, in order to impose the will of the people and inaugurate marching ahead along the path of comprehensive change leading to the establishment of a state of citizenship, democracy and social justice.

Glory to the martyrs and the precious sacrifices of our people

Defeat to the system of ethno-sectarian power-sharing and corruption

Victory for our people

of the Iraqi Communist Party