Thousands demonstrated on Thursday, March 24 in Piraeus against the imperialist interventions and wars on the occasion of the arrival in Piraeus of the French aircraft carrier “Charles De Gaul”.

The people demanded that Greece has no participation in the imperialist war and competitions of USA-EU-NATO-Russia and disengages from NATO.

From the Regional Trade Union Center of Piraeus, G. Kalamaras noted in his speech

“”We are protesting against the policy of the governments that are constantly loading new burdens on the people so that the few can profit. Against the policies that entangles us in another imperialist war, serving the rivalries of monopolies. The struggle for a better life is connected with the struggle against war and disengagement from it.

In this war and in every war, the right side of history – because we have heard so much about it – is the side of class struggle. The interests of the workers are never on the same side of history as the interests of their exploiters. The struggle against war must be combined with the struggle against those who make the war, and those are the bosses, monopolies, governments, their state, their alliances. When they make war they kill us with their weapons and when they prepare for the next war they kill us at work.” 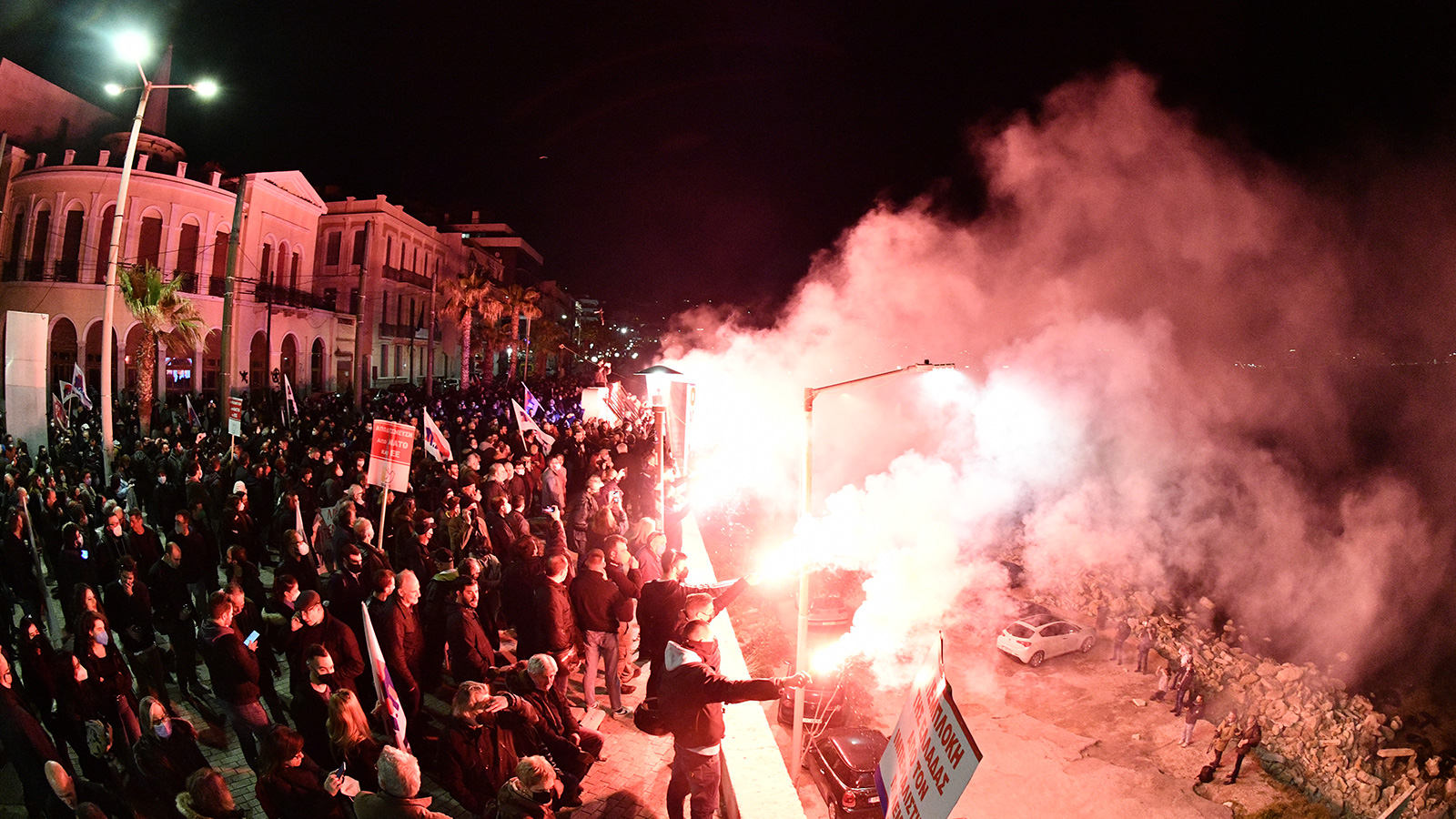 Turkish and Greek communists: “USA and NATO, get out of our neighborhood”!