For the announcements of the UN High Commission for Refugees

For the first time in human history, more than 100 million people became refugees within a year.

1 in 100 people in the world has been forced to leave their home, their place, their life due to armed conflict, violence and persecution. A number that is to be added to the millions of migrants, such as the thousands of young Greeks, who were driven abroad due to poverty and unemployment in their country.

Poverty, wars, unemployment caused by the imperialist competitions, which change the borders with the blood of the peoples to control markets, spheres of influence, natural resources and their transportation routes. Poverty, wars, unemployment caused by large business groups to increase their profits while the people do not have to pay for oil, electricity, basic goods.

Their War destroys, What their peace left standing Brecht

The targeting of refugees and migrants, the so-called “Europe-fortress” and the escalation of repression are proving to be another weapon against the people. At the same time, it’s a dirty side of the imperialist propaganda that, depending on its interests, hypocritically speaks of “humanism” and “solidarity” or of “invasion” and “illegal immigration”. Argumentation and tactics promoted especially by the European Union by cultivating xenophobia and caressing racist, fascist forces.

Peoples have the power to respond. Strengthening the common struggle of the peoples, of the trade unions of the whole world against the common enemy, against imperialist barbarity. With organization, struggle, solidarity! 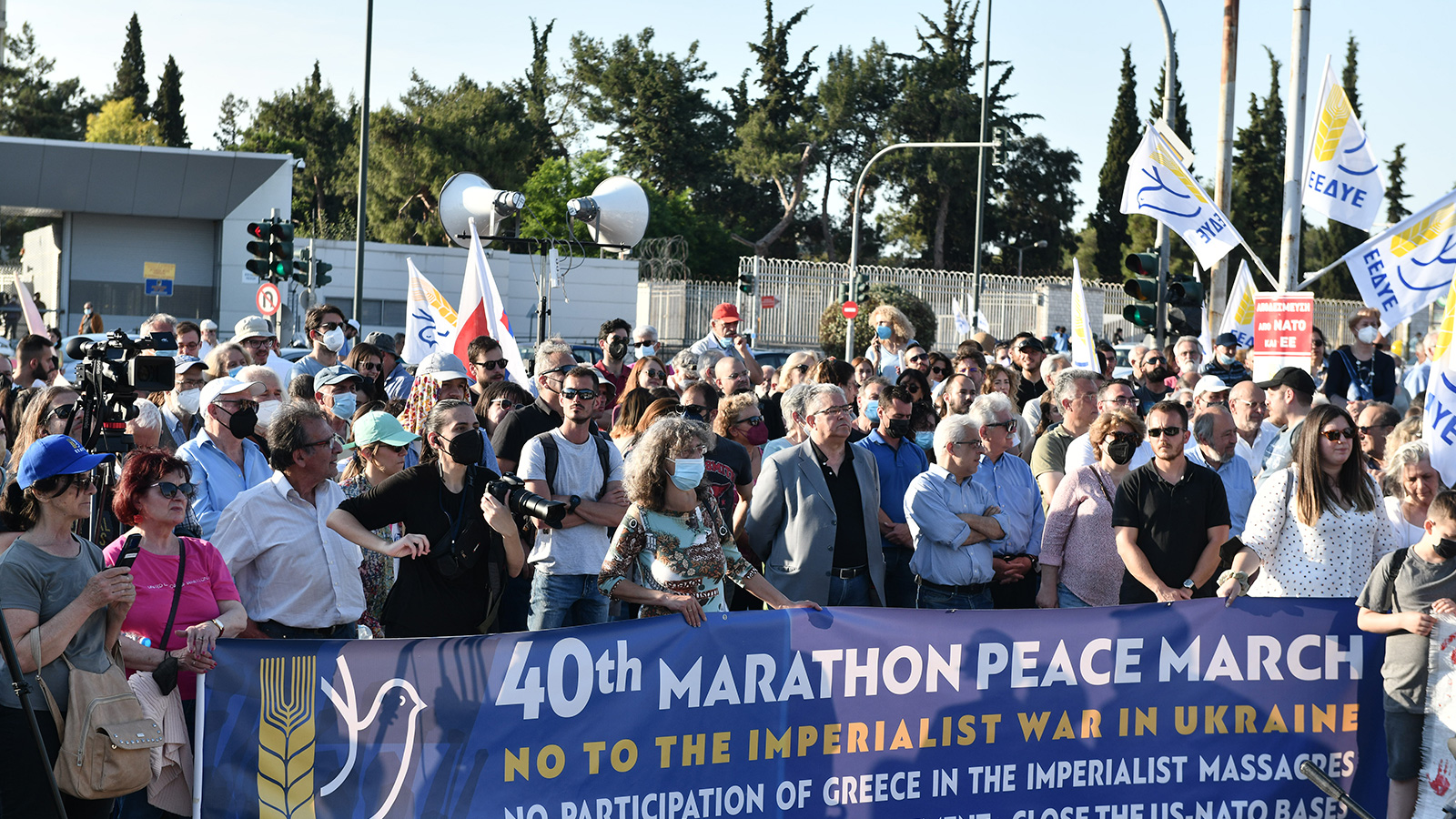