The ministerial meeting of the five Caspian littoral states has come to a close. Its main goal was to draft documents for the Caspian Summit which opens in the capital of Turkmenistan tomorrow, June 29.

In the course of our work today, we received a report from experts who worked on it for several days to come up with the draft final communiqué which will be submitted for approval by the heads of state. You will get a chance to read it tomorrow. It was decided that it will be released immediately after it gets approved (hopefully). The key issues that were discussed today and which we agreed upon include reaffirming sovereignty, equality, non-interference in domestic affairs and all other UN Charter principles which underlie Caspian cooperation.

We also underscored the inviolability and relevance of all, without exception, principles enshrined in the Convention on the Legal Status of the Caspian Sea, which was signed on August 12, 2018 at the summit in Kazakhstan. It stipulates that the Caspian Sea is the sea of all five Caspian countries and is of vital importance for each of these states. Only the five states located off the Caspian Sea have sovereign rights over the Caspian Sea and its resources.

We reaffirmed the principles underlying cooperation in promoting the Convention on the Legal Status of the Caspian Sea in areas such as protection of natural environment, biological resources, scientific research, interaction in preventing and providing relief in emergency situations (including infections and various diseases), energy, transport, as well as in other areas that ensure normal life of our peoples on the shores of the Caspian Sea.

We highlighted the importance of cooperation in military interaction and proposed speeding up work on an agreement on developing confidence-building measures regarding the Caspian states’ military activities. The Convention principle governing the legal status of the Caspian Sea to the effect that the presence of armed forces of non-Caspian and non-littoral states in the region is out of the question has been firmly and strongly confirmed. Just like in navigation in general, including civil navigation, it was decided within the framework of the Convention on the Legal Status of the Caspian Sea that navigation shall be carried out only by ships sailing under the flag of one of the Caspian countries. The same principle shall apply to any ship entering or exiting the Caspian Sea. We clearly confirmed this principle today.

There is an understanding that following tomorrow’s summit, work will continue on strengthening and expanding the legal framework of our Caspian cooperation, including in combating poaching and drug trafficking, as well as a number of other areas.

Question: Could you comment on the United States’ plans to supply medium- and long-range air defence systems to Ukraine? Is this associated with a higher risk of a direct military conflict between Russia and the United States?

Sergey Lavrov: On more than one occasion we have commented on the Americans and Europeans’ plans to pump Ukraine full of new weapons. These plans are carried out amid high-profile statements about the unacceptability of achieving peace on the Russian Federation’s terms and beginning peace talks until Ukraine reverses the momentum on the ground. You read these statements and you hear them daily on television and in social media.

We believe this approach taken by the West is counterproductive and harmful. The more they pump Ukraine full of weapons, the longer the conflict and the agony of the Nazi regime supported by the Western countries will last.

Boris Johnson, Olaf Scholz and Josep Borrell regularly make statements about the unacceptability of any talks in the current circumstances, while the latter routinely calls for allocating more money from the European Peace Fund to supply weapons to Ukraine.  There is clearly some schizophrenia on display here.

Yesterday, all Western media outlets were abuzz with videos from Kremenchug that showed a burning shopping centre and accused the Russian military of bombing civilian infrastructure. The Russian Defence Ministry clearly and carefully explained what had happened in reality: they bombed a hangar with weapons and ammunition that had arrived from the United States and Europe. The explosion of that ammunition set the abandoned shopping center nearby on fire.

The longer weapons are supplied to extend the conflict and the suffering of civilians who are exposed to constant shelling by the Ukrainian neo-Nazi regime, the more tasks we will be carrying out on the ground. All of them will be completed.

Question: Participants in the NATO summit in Madrid are going to adopt a new foreign policy concept and call Russia a direct threat, as well as to seriously build up its military presence in Europe. In turn, if President Vladimir Zelensky is ready to conduct talks, it is only from a position of strength. Does he really hope for direct military support from NATO?

Sergey Lavrov: At the summit, NATO plans to call us a threat and China a systemic challenge. They are playing with words but the gist remains unchanged. Russia was already declared an enemy in different words long ago, well before the NATO summit. Western politicians declare our country a threat only because we don’t want to accept the neo-liberal world order. Having subordinated the entire West without exception, the United States is imposing it on all others as a “rules-based order.” President Vladimir Putin recently spoke about this, showing the utter futility of the policy pursued by the Washington-led West. This is no surprise for us. It will bring nothing new to the practical policy of the United States and its satellites.

The announced buildup of the armed forces on NATO’s eastern flank to 300,000 troops was planned regardless of what will be written in the documents adopted in Madrid. This was announced long ago and continues the unacceptable policy that violates all previous agreements and promises. Pursuing this line, NATO wants to develop the territory of the former USSR and bring its military infrastructure right to the Russian borders.

This is a long-standing policy. Since the start of the 2000s, we have been trying to stop it and come to terms on mutually acceptable ways of ensuring European security. We made such goodwill attempts many times. President Vladimir Putin personally explained the harmfulness of NATO’s actions in violation of the principle of the indivisibility of security. The foreign and defence ministries were working towards the same end. But all was in vain. The West categorically refused to fulfil its own commitments not to expand NATO and not to ensure its own security at the expense of the security of others. Subsequently, the West renounced the agreement between the then President Viktor Yanukovych and the Ukrainian opposition in February 2014. Having signed the Minsk Agreements, the West flatly refused to carry them out.  This is no surprise to us. Since our words and arguments are completely and arrogantly ignored – and this is an established fact – we are going to draw conclusions on how to deal with our Western neighbours on this planet.

I don’t want to guess what hopes and thoughts President Vladimir Zelensky has. This is not important anyway because he is not the decision-maker. Decisions are made in Washington, and not at all at the presidential level. They are made by certain officials in the Department of State and, probably, the Presidential administration.

Question: According to yesterday’s reports, Argentina and Iran are applying for BRICS membership. Does Russia support their candidacies?

Sergey Lavrov: During the recent BRICS events (the BRICS summit and the BRICS+ meeting), we underscored our readiness to consider expanding this association. President Vladimir Putin noted in his remarks that this discussion was relevant and timely. Argentina and Iran are deserving and respected candidates, as are a number of other countries mentioned in the discussions.

The decision will be made by consensus. The important thing is that the preparation process has been launched. The main criteria will be whether the new members would make the group more effective and ensure practical results from its work.

Question: Indonesia has made it clear that it is not going to withdraw Russia’s invitation to the G20 summit, but at the same time, Ukraine has also been invited. How advisable and constructive is Russia’s presence at this summit? Is there any point to it, with the anti-Russia rhetoric coming from a large number of its participants? How would you assess the possibility of a meeting between Vladimir Putin and Vladimir Zelensky on the sidelines?

Sergey Lavrov: Our approach to the group’s work is based on the purpose that G20 was founded for, which was to promote coordination among the world’s leading powers in the economy and international finance in order to ensure the global economy’s sustainability and prevent imbalances and crises, as well as to attain many other specific objectives related specifically to maintaining stability in the global economy.

Each host country invites certain representatives who are not G20 members. Nowadays, they won’t let a single event to be held without Vladimir Zelensky. “They” are so importunate and pushy. Apparently, he has enough free time between taking orders from Washington, so the Ukrainian president is happy to gatecrash any format to pronounce a few words with tears in his eyes. We will have little interest in whether he hovers on the sidelines at the Bali summit or not. At the same time, we always respect the actions of the G20 host country.

President of Indonesia Joko Widodo will visit the Russian Federation in a few days; the preparations for the G20 will be among the key subjects of his talks with President Vladimir Putin. We will not allow for this format’s meaning and significance to be held hostage to the whims of states that are trying to keep their own problems in the focus of the West and force it to use them more actively to pursue policies to undermine the foundations of international law and establish hegemony.

We will engage in business, not propaganda or ideology.

Previous Article KKE: Statement on the NATO Summit in Madrid 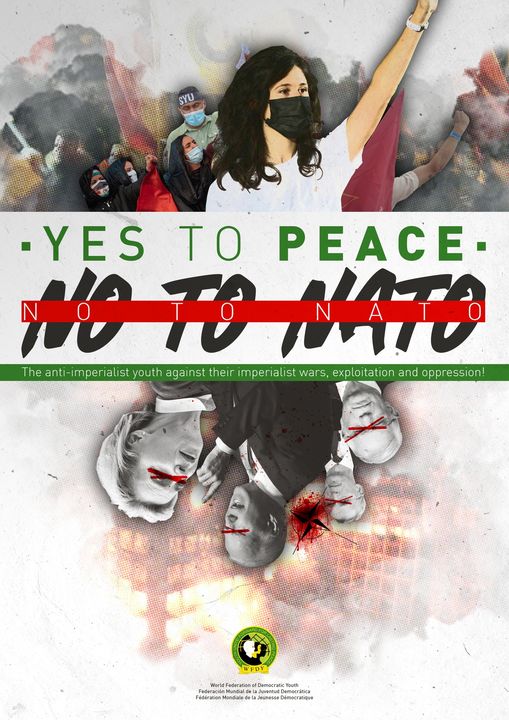