To defeat imperialism, build a movement for peace

The following remarks were presented at the CPUSA International Conference 2022: Dismantling Imperialism in the 21st Century, Sept. 10, 2022.

And greetings to all and especially to our fraternal parties and those who have joined us from abroad. We’re glad to have you with us. We hope everyone is staying safe and strong and staying in the fight because we’ve got some big battles ahead.

And speaking of big battles, comrades, just over a week ago our party celebrated 103 years of struggle. Our 103rd birthday! Can you imagine? And it’s been quite a century. Think about it: This party has witnessed the October Revolution; two world wars; the birth of the CIO; the defeat of colonialism in Asia, Africa, and Latin America; and the death of legal Jim Crow in our country — which we helped put in the grave.

We’ve lived through two Red Scares and the civil rights revolution, and we were able to see Nelson Mandela walk free. In these years, we watched with anguish the collapse of the Soviet Union, but also with tears of joy Cuba’s liberation, Vietnam’s triumph, and Venezuela’s ongoing transformation. And I haven’t started talking about China.

We are also well aware that these were the 100 years in which U.S. imperialism declared the American century, the era when the U.S. ruling class would shape a new world order.  But this new order led to the disorder of the Cold War and U.S. intervention in nearly every corner of the globe. And do I need to remind you today this was made possible by the largest and most expensive military build-up in history. In 2021 alone the defense budget nearly topped $800 billion.

But the costs are nearly incalculable, not only measured materially in the millions of lives lost in military interventions or in the destruction of the environment but also in loss of intangibles like hope and trust, a belief in human equality, and, most recently, in the loss of a woman’s right to have control over her own body.

It was Martin Luther King Jr. who, years ago, in his famous speech at Riverside Church opposing the war in Vietnam said, “The security we seek in foreign adventures, we lose in decaying cities. The bombs dropped in Vietnam, explode here at home. They destroy the hopes and possibilities for a decent America.” 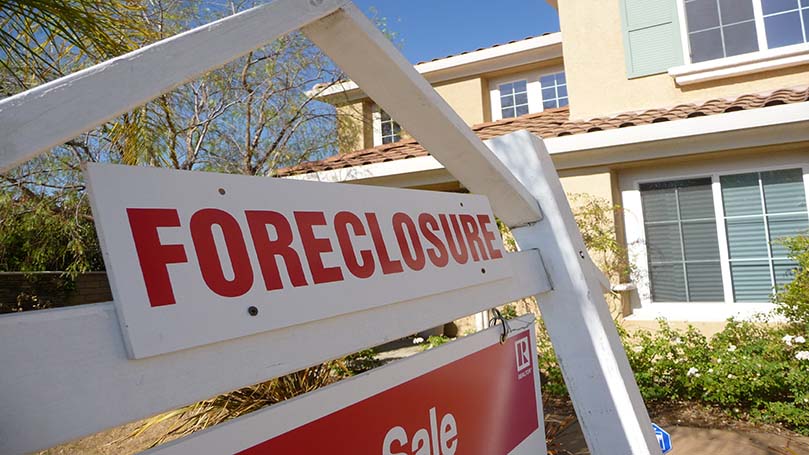 And he was right. It’s happened over and again: In the 1970s with Pershing missiles placed in Europe while steel towns shut down in Ohio; in the 1990s with Black Hawk helicopters going down in Somalia while NAFTA closed down jobs in Michigan; and in the 2000s when, instead of searching Iraq for weapons of mass destruction, they should have been searching Wall Street for the weapons of mass deception used to rob Black and Latino homeowners in that sub-prime rip-off  — they almost brought down the world economy and we still haven’t recovered from it.

And it continues today. The U.S. ruling class has not given up its designs for an American century. But achieving it is a much more difficult proposition now than before. While U.S. imperialism is in many respects still dominant, it faces stiff competition from other imperialist centers in the European Union, Japan, Russia, the Middle East, and other countries. The planet’s multipolarity is growing. And of course, China’s ascendance has everyone taking another look.

In these circumstances, global problems like climate change and new ones like the COVID pandemic abound. But despite their severity, imperialism seems intent on using the same old bullying tactics and attempts to dictate terms. The Trump administration targeted China, seemed to curry favor with Russia, and rattled Europe while attempting to isolate Cuba and overthrow Venezuela. And many have asked why, while promising a change, the Biden policy seems a not-so-faint echo of Trump’s, particularly with respect to China. Notwithstanding their denials, a Cold War 2.0 is in the making.

This Cold War thinking was pointedly challenged by progressive forces before the Ukraine war started. Citing the urgency of climate change, 33 environmental organizations challenged the Biden administration to end the trade wars and reach out to China and seek agreement on global warming. Bernie Sanders joined with them. A few months before that, half of the Democratic caucus in the U.S. House of Representatives voted against what proved to be a successful GOP/Blue Dog effort to increase the defense budget over and above what Biden initially asked for.

But Russia’s invasion of Ukraine changed everything, at least for the moment, and a ruling-class consensus seems to have emerged. But the question for us is how deep that consensus lies and by what means can it be shaken. And this requires a long, hard, and objective look at the balance of forces in the country and where the greatest pressure can be brought to bear to effect it. The big question is how, in these circumstances, can a peace movement be built, and along what lines? 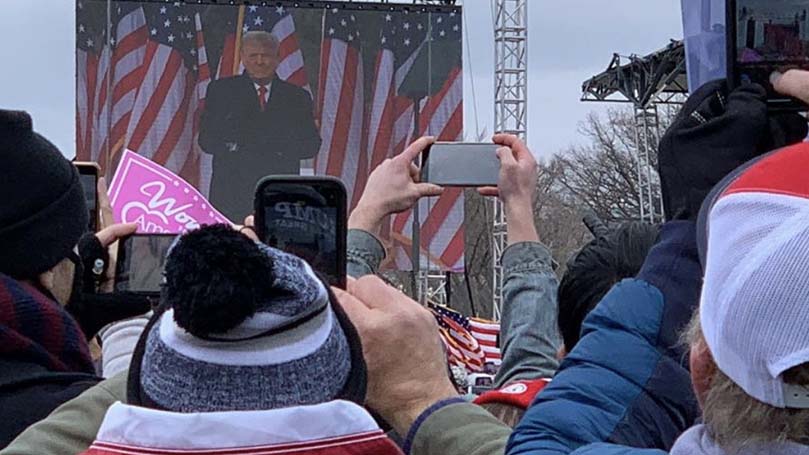 What are the circumstances? Well for one, the fascist danger, while set back two years ago, has not receded. There’s a slow-moving coup taking place in states across the country with the aim of suppressing the vote and, if that doesn’t work, overruling it. The majority faction in the Republican party now takes the position that they will not accept losing an election. Period. They believe that anything goes, including taking up arms to prevent an election loss from happening. As we’ve been saying for some time, that’s fascist by definition.

On the other hand, the Democrats, while now correctly characterizing the MAGA danger, also equate all who stand up to U.S. imperialism with the same authoritarian brush. What do we do? Is it plague on both your houses? Do we stand aside? Or do we get busy and, by our mass work, fight to create conditions in which we are able to move developments in a better direction? To put it another way, under what circumstances will we be in a better position to build a mass movement for peace? Will it be under the rule of that fascist movement that has just outlawed abortion, now threatens to overturn gay marriage, denies climate change, and now threatens to pardon the January 6th insurrectionists? Or will it be with the people’s front that, with all of its inconsistencies, half measures, and hesitations, support choice, voting rights, union rights, and being allowed to marry whom you love?

But what about the almost identical foreign policy, you ask? And you have a point. But to address it, let’s draw a lesson from history. Let’s remember what happened with Martin. Remember that speech I quoted earlier? He was murdered a year later. But before he died supporting Memphis sanitation workers on the picket line, he taught an invaluable lesson. You see, he understood that the African American people needed allies, even inconsistent ones. The equation was pretty clear. The GOP opposed civil rights. So did the Dixiecrats. But a section of the Dems supported ending segregation. All of them supported the war in Vietnam. 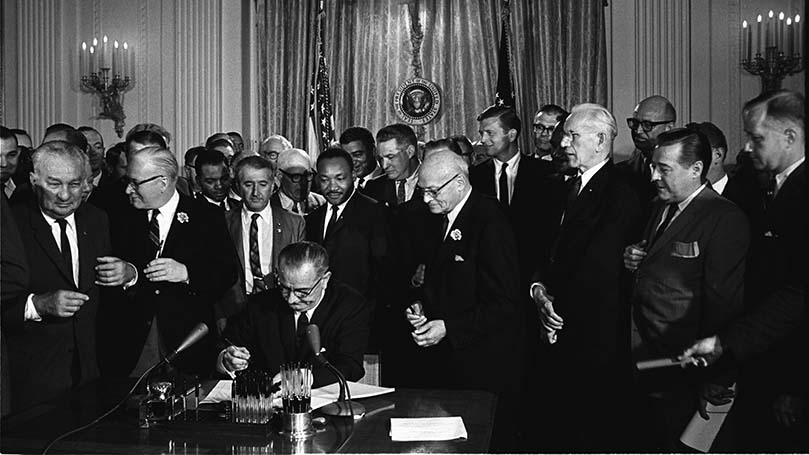 But Martin and others set themselves the task of building a mass movement that isolated the GOP, shamed the Dixiecrats, and made some switch sides. The result was the Civil Rights revolution. It was a big democratic breakthrough. But that was just the beginning. Martin then turned his attention to questions of war and peace. And he started to leverage that democratic breakthrough for the cause for peace in Vietnam. Oh, it was tough going. In fact, all hell broke loose, and important sections of the civil rights community balked. But Martin had a notion, and the movement for democracy joined hands with those opposing the war. Martin was murdered, but the writing was on the wall, mainly because the Vietnamese won the war on the battlefield. But the U.S. peace movement played no small role.

A year later in 1969 Nixon began withdrawing troops, and in 1973  Madam Nguyen Thi-Binh led the Vietnamese delegation to Paris and the peace treaty was signed.

The issue before us today is similar. The MAGA GOP opposes civil rights, abortion rights, and marriage equality. Some of the Dems are wavering; others understand the stakes. And like Vietnam days, most of them support a rotten foreign policy. But just as Martin and his coalition needed broader allies back then, we need them today.

We must continue to build a mass movement around democratic and class questions — a movement that isolates the GOP and neutralizes those wavering — and win important democratic victories in the next Congress. This is how we can build the leverage, like Martin taught us, from these democratic breakthroughs that can advance the cause of peace. 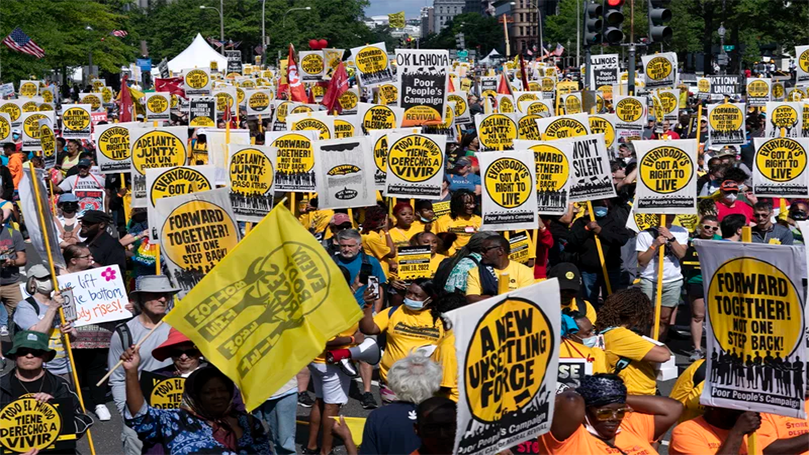 But to do this we’ve got to do more than vote. We’ve got to overcome the crisis of inaction. That means we’ve got to strike, register to vote, occupy, rally, and protest. And we’ve got to be creative in our tactics. In New York our comrades are going to set up picket lines at the offices of corporations who are contributing to campaigns of the over 100 GOP members of the House who supported the coup.

And we’ve also got to run our own candidates. But right now the deadline is November. Now I know some of us are not going to want to get tainted by getting involved in electoral work this fall for fear that it’s going to leave a bad taste in your mouth. I understand that. But I also know that those who fear the bad taste of things are likely to fail. Bourgeois politics ain’t pure; in fact, it can be down-right dirty. But know this: We’re fighting fascism — not your garden-variety conservatism. We want expanded workers’ rights, abortion, voting, and other democratic rights; we want peace; and we want a clean and healthy planet. But to move forward, we have to shove aside the threat of fascism. You’ve got to be in the fight to win it. So let’s unite in the fight against fascist imperialism, neoliberal imperialism, and imperialism in all its forms. Let’s open up space for a democratic breakthrough. Let’s build the people’s front for a new anti-racist, anti-sexist, pro-working-class new tomorrow. And let’s build the Communist Party. Solidarity forever!

Next Article Solidarity with the Nurses’ Strike in Minnesota and Wisconsin, USA