Activists from different sections of the society attended in this solidarity meeting and raised their voice in support of the ongoing struggle of Palestinian people. President of the BPC and other speakers in their speech reiterated Bangladesh’s position in favor of the national liberation struggle of Palestine and condemned the heinous role of imperialism and Zionist lobby. 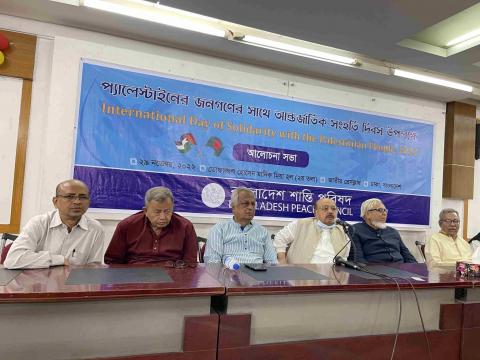