Reporting on the results of the November 8 elections, John Wojcik and Mark Gruenberg noted in People’s World:

“Defying the political history of the United States in which parties in power lose up and down the ballot [in the midterms], Democrats ended Republican control of state legislative chambers across the country this week, including in Michigan and Minnesota.

… The gains for Democrats were seen as gains for workers across the country.”

These victories combined to create a new “terrain of struggle” in which conditions for organizing movements and winning policies that address working people’s needs are more positive than under the GOP.

Among the most important wins were the states that modified their constitutions to end penal slavery. These victories have to be protected and expanded nationally and federally.

Aaron Morrison reported in the Associated Press (AP), “Voters in three states approved ballot measures that will change their state constitutions to prohibit slavery and involuntary servitude as punishment for crime, while those in a fourth state rejected the move. The measures approved Tuesday curtail the use of prison labor in Alabama, Tennessee, and Vermont.”

Morrison commented, “more than a dozen states still have constitutions that include language permitting slavery and involuntary servitude for prisoners. Several other states have no constitutional language for or against the use of forced prison labor.”

Max Matta pointed out in his BBC News Seattle article, “It’s 157 years since the U.S. constitution banned chattel slavery—in which one person is the legal property of another—but left in place an exemption for convicted prisoners.

That exemption provides the legal framework for the use of forced unpaid labor in the U.S. prison system, providing the legal basis for brutal gang labor, super exploitation by corporations of incarcerated labor, and the inhuman treatment of imprisoned humans that is rampant in the U.S. prison system. There are more than two million people incarcerated in the U.S.A., of which 40% are Black, disproportionate to the Black people making up 13% of the population.

According to a separate AP article, “The measures approved Tuesday could curtail the use of prison labor in Alabama, Oregon, Tennessee and Vermont.”

“Could curtail… prison labor”, means workers must continue to organize, demanding respect for the dignity and humanity of all incarcerated people, and the implementation of new constitutional protections.

Eric Brooks, Co-Chair of the African American Equality Commission of the CPUSA, told People’s World, “We demand full implementation of the new state constitution anti-slavery statutes and respect for the human dignity of all the working class sisters and brothers incarcerated in the racist, unjust and brutal U.S. prison labor system.”

“The movement to end or regulate the use of prison labor has existed for decades, since the time when former Confederate states sought ways to maintain the use of chattel slavery after the Civil War. Southern states used racist laws, referred to as ‘Black codes,’ to criminalize, imprison and re-enslave Black Americans over benign behavior.

“Today, prison labor is a multibillion-dollar practice. By comparison, workers can make pennies on the dollar. And prisoners who refuse to work can be denied privileges such as phone calls and visits with family, as well as face solitary confinement, all punishments that are eerily similar to those used during antebellum slavery.” 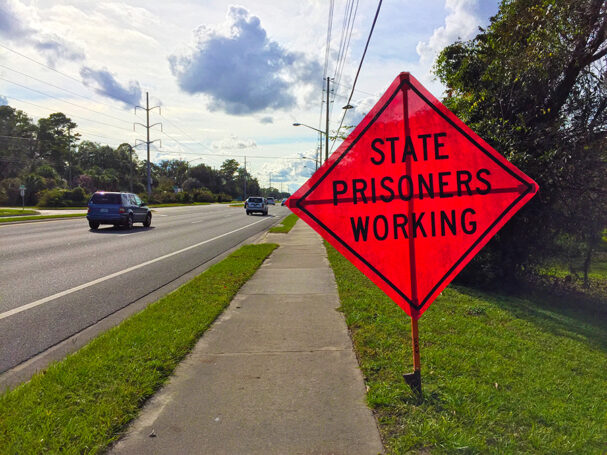 “The 13th Amendment didn’t actually abolish slavery—what it did was make it invisible,” Bianca Tylek told the news publication. Tylek is the founder and executive director of Worth Rises, a criminal justice advocacy group.

That these ballot initiatives passed, even in right-wing-ruled states like Alabama, “is a great signal for what’s possible at the federal level,” she pointed out.

History calls on workers to answer Bianca Tylek’s call and continue struggles to end penal enslavement federally. Through organized unity in action workers can overcome the powerful forces supporting continued real enslavement in the U.S. (even if under a different name), including the multi-billion-dollar prison industrial complex and their corporate clients, law enforcement and their suppliers, and superficially “law-and-order” political forces.

The movement against human slavery in the U.S.A. does not end at the prison gate. Every working person is oppressed and exploited, effectively enslaved by loans and bills. Ending penal enslavement is an important step toward the liberation of all working people from capitalist exploitation and oppression.

Working people cannot step away now and wait for 2024. Now is the time to organize to end penal enslavement nationally, along with ending racist police violence and other life and death crises facing Black and oppressed and all working people today.

The elections were a challenge, not a completion. United, with a more conducive terrain of struggle, working people can ramp up efforts to end U.S. penal slavery, and for a society that meets the needs of all working and oppressed peoples: socialism.

Workers of the world, unite!